Follow-up to babies who do not sleep: lessons in control and surrender

It was about a year ago that I wrote this post, pouring out my exhausted heart on the topic of my non-sleeping child. 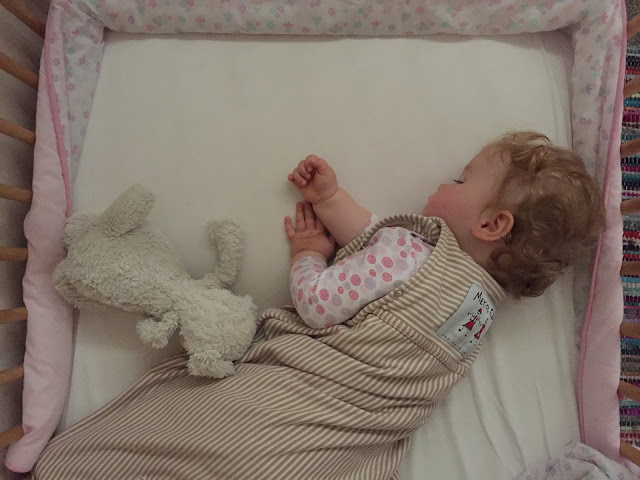 It’s weird reading it now and remembering how sleep deprived I was, how I was just barely hanging on.  How panicked and desperate I would feel in the hours before bedtime, wishing that that would be the night she’d have a good sleep, finally, so I could too, and yet knowing that she wouldn’t.

Having already had a good sleeper in J was both a blessing and a curse.

The blessing of having a good sleeper in the other room was that I knew that A’s sleep was not my fault.  Mine to fix, yes, but not caused by me.  We did everything the same with both girls.  Some kids sleep, some don’t.

The curse of it though was that - despite knowing it wasn't my fault - I still felt compelled to try and “fix” A’s sleeping.  I needed to find the cause, the problem, and resolve it.  Then everything would be fine.  I knew, from J, that babies can sleep deeply and consistently every single night.  So I kept trying to solve The Problem. 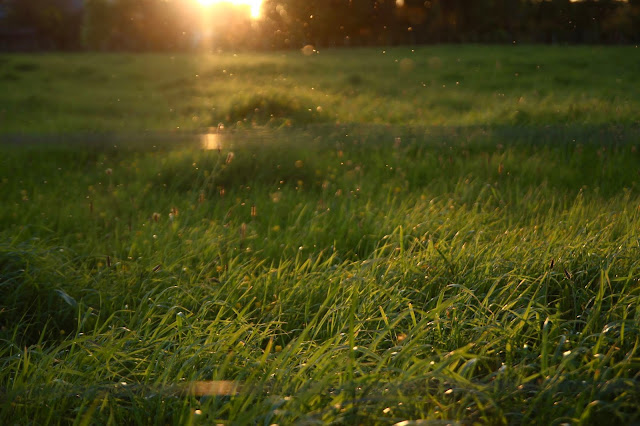 It took a long time - a REALLY long time - for me to just accept it and surrender to it.  There was/is no Problem.  This is just how she sleeps.

After that, everything changed.

Well, ok.  Nothing actually changed.  Her sleep is still inconsistent to this day.  She still wakes, although nowhere near as much.  She still sometimes spends hours awake in the middle of the night for no apparent reason.

What has changed, though, is my attitude.  I no longer obsess.  Well, I'm still me.  I do still obsess sometimes.  But what I don't do anymore is try to get to the root of The Problem, or wonder if we should wean her off the dummy, or do controlled crying again, or what. 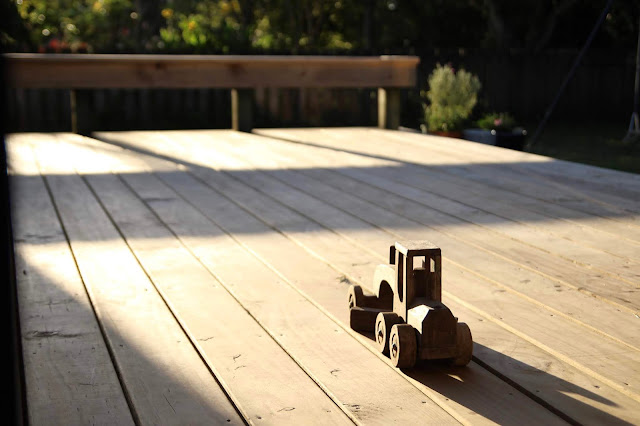 It helps that the wakings are far fewer these days, or that I now have a group of friends here in NZ, several of whom also have non-sleepers.

The passage of time helped.

She has now slept through the night plenty of times.  That's the exception rather than the rule, though.  When she wakes I give her a bottle.  I could try to wean her off that but I just.do.not.care.  She often comes into our bed.  We're all getting the most sleep we've had since she was born and that's the main thing. 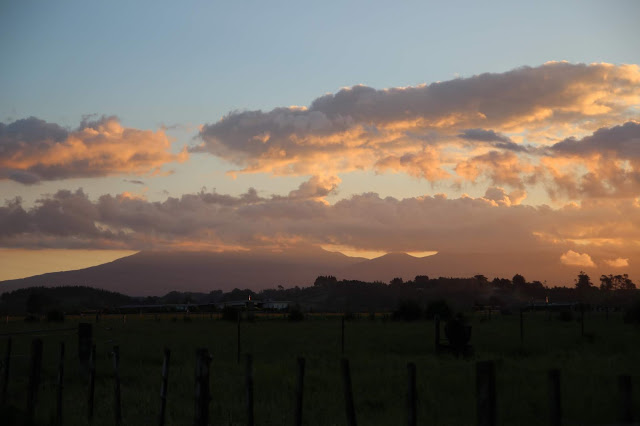 What I have had to forgive myself for is who I am in the middle of the night.  It is not a good side of me.  When she has a bad night, I'm furious.  An Exocet missile just looking for someone on whom to unleash.  At her, at B, at the world because I just want to go to sleep.  I snap and snarl, and sometimes I cry.  It all feels so much bigger and so much worse at 3am (or 4am, or 5am...).

Once she's finally back asleep I'll lie awake and torture myself with guilt and shame over the way I treated her, the things I said under my breath, the anger and resentment that always seems to be right there under the surface.  The dark feelings caused by so many sleepless nights. 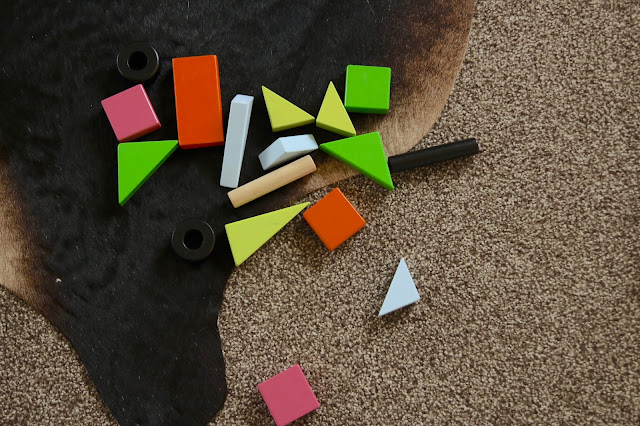 It has been a very hard road.  So many tears I have shed from exhaustion.  Feeling ashamed of her not sleeping when her peers have long since put those broken nights behind them.  Feeling almost hysterical with desperation for a solid night’s sleep.

I always try to look on the bright side, but this has been something that has been tremendously difficult with very little upside.  If anything, the upside for me has been what I have learned to succumb to as a parent.  Relinquishing control, in all kind of ways - not just sleep.  I never realised how many things I was giving myself a hard time about for not being perfect.  Or things about life with small kids that I was still resistant to.  Ideas I had held onto from before I'd had kids about the kind of parent I would be.  There’s so much I’ve let go of.

I've also been able to really look around and see how many others are dealing with the same thing.  Maybe it's not normal, but it is common.

It's only the end of the world if you decide that it is.

And maybe that's what it comes down to.  There are so many things in life that you can't change.  Family who push your buttons, a job, or a partner who can't or won't give you want you want.  A child who doesn't sleep.  You cannot change them.  But you can change how you respond to them.  Maybe that's the thing I needed to learn. 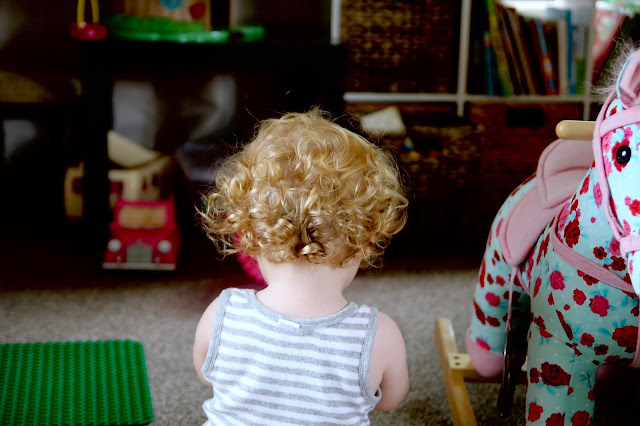 Whoops, look at that, nearly three weeks since my last post.  I'm going to blame sick kids (yes, again/still/this is just who we are now) and having to prepare tax returns in two countries.  That's fun.  Oh, wait.  No it isn't. 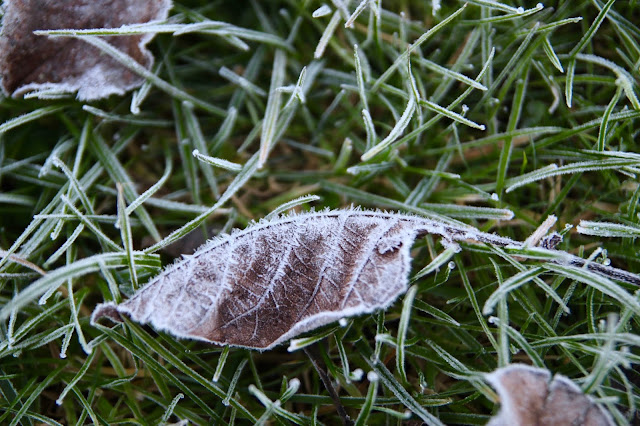 Moving along!  We've had a cold snap with frosts most mornings.  The fire has been going non-stop. 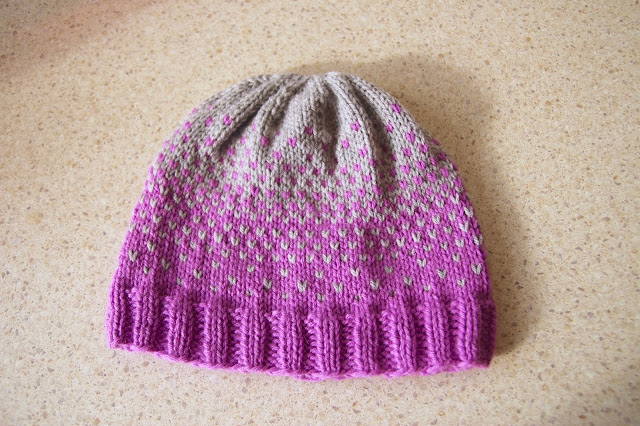 That Fair Isle knitting project I talked about last month is done and could I be more thrilled with it?  No I could not!  Ravelled here.  Pattern here.

Minor issue is that it's miles too big for J because no I didn't do a gauge swatch and no I will never learn. 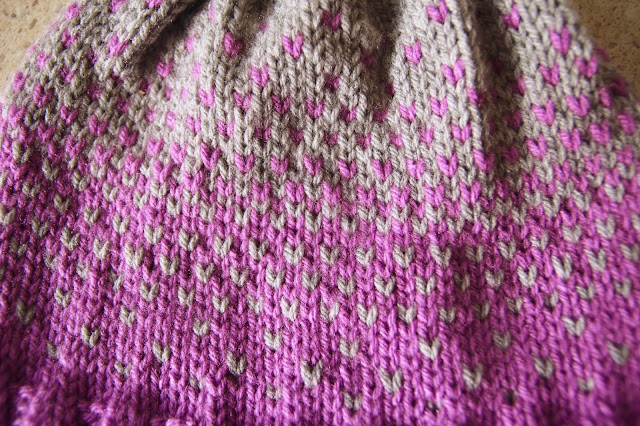 I was a bit nervous getting started with the colour work but once I got the hang of it I really enjoyed the process and watching the pattern appear.  Plus the inside looks pretty cool too! 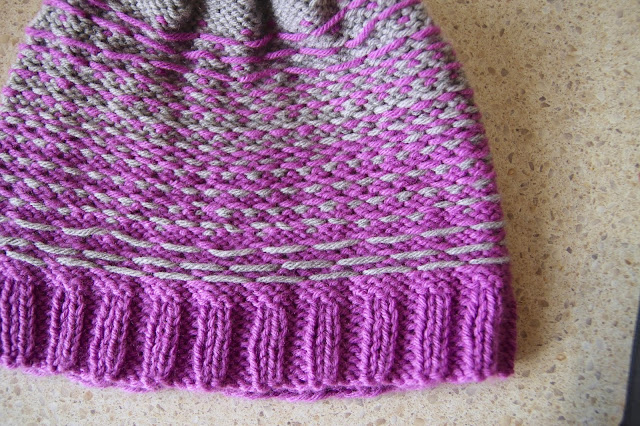 I haven't taken any photos of them recently but the twin lambs are growing at a great rate and as boisterous and funny as lambs can be.  Did I tell you the mother died?  I went out one morning and she was just lying there.  The poor little lambs were huddled up next to her cold body, no idea what to do.  We caught them up, got some milk down their throats and now they're as tame as anything. 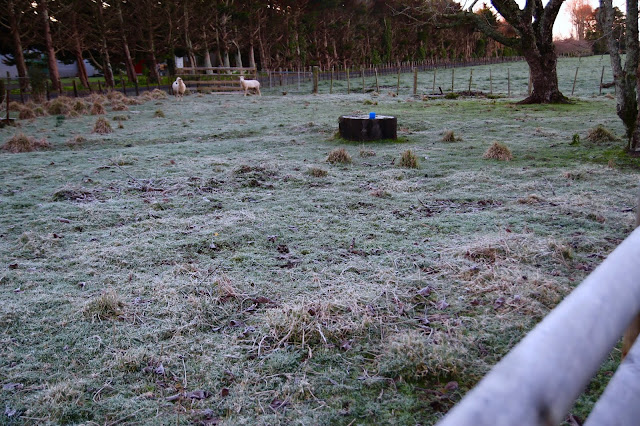 The best part is that they bring out the lamb in our ram, who's not much older than they are.  He's a lot bigger than them and when he starts dashing around leaping off things with them at dusk they run off terrified.  I'm spending a lot of time at the windows ignoring my own children. 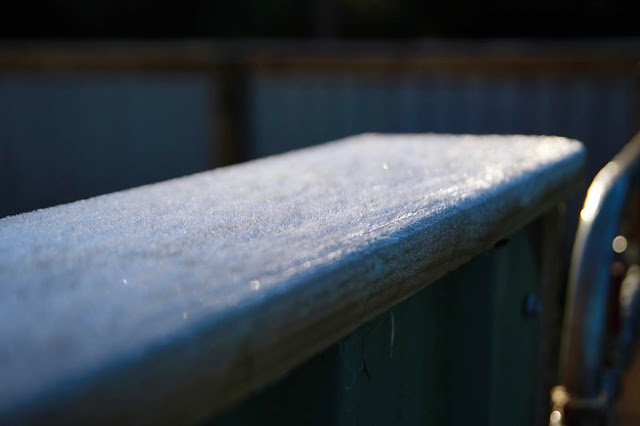 J's re-toilet training has gone - dare I say this - very smoothly.  We've now completed the sticker chart I created for it and I think we're sorted on that front.  I hope.  I will never be complacent about these issues again. 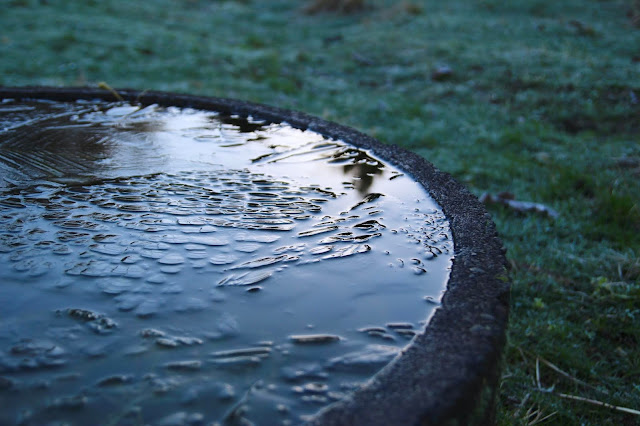 The den of germs continues, unfortunately.  I know it's the season for it but SERIOUSLY.  It has not stopped.  This week I took A, who was reaching monomental levels of clinginess even for her, to the doctor where she was diagnosed with strep throat/scarlet fever.  At least it can be treated with antibiotics unlike the viruses they seem to catch over and over again.

I really must get some vegetables into them.

Speaking of which, A is off to the dietician.  Her diet is still ridiculously narrow and although she's still on formula to ensure she's getting all the nutrients, I just can't see how she will ever expand her palate.  It's been the same for months now.  Crackers, Marmite toast, and yoghurt.  If the dietician says that's fine, I'm ok with it.  But at this point I just want a professional's opinion and guidance. 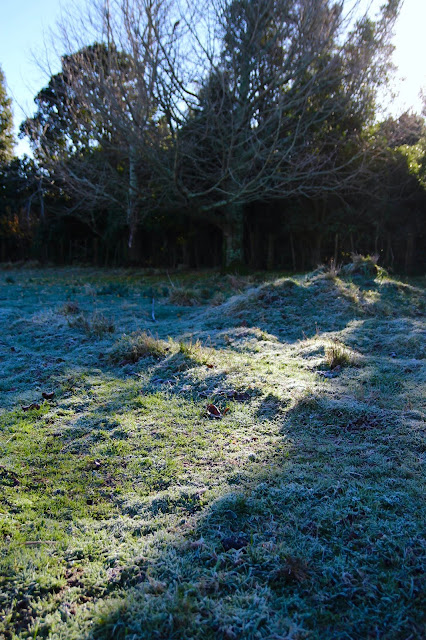 With all the illness, A's sleep has gone completely off-track again.  She's sleeping in our bed for half the night and if I so much as think about trying to return her to her room, she screams until she vomits.  It's good fun for the whole family.  Oh, wait.  No it isn't.

I have a post percolating on the subject, especially as it's almost a year since I last wrote about it at length.  I know, boring!!  But I want a record for myself. 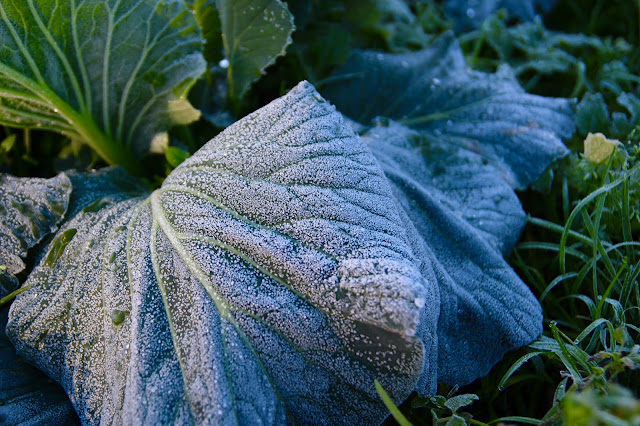 Generally life is actually pretty good, illness and dying stock aside.  B is working five minutes down the road which means he's home every night and has weekends off.  I filled out forms for J's school enrolment which brought up a lot of unexpected emotions for me.  I thought about doing plastic-free July until I unwrapped the fifth muesli bar of the day and realised that I have a long way to go.

Hello, I'm Prue. My husband and I recently made a tree change from Australia to New Zealand with our two little girls. We've got apples in our orchard and daffodils in the paddocks, with a view of Mount Taranaki from our back door. Basically I have everything I ever wanted, and yet I still find things to complain about.

While I am using my own name, I've chosen to keep private the names and faces of others on this blog. I'll be using the first initial of my family's names which you'll see fairly regularly. So, here is a quick guide to abbreviations you'll see here:
B = Husband
J = Older daughter
A = Younger daughter